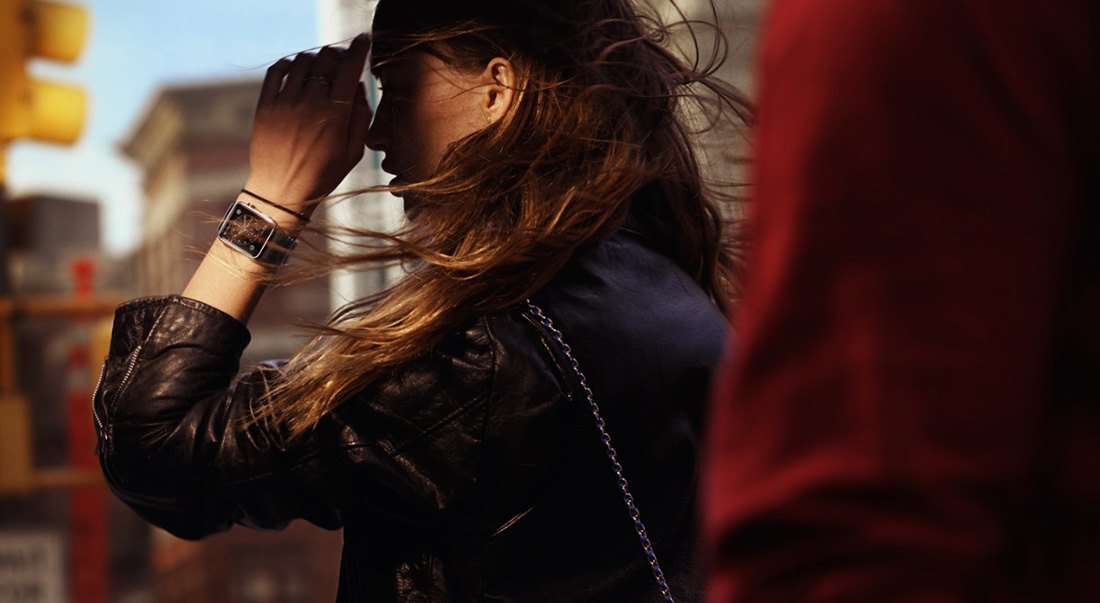 I find it incredibly interesting to see the different responses to the Apple Watch. Some are absolutely frothing at the mouth in anticipation of April 24th, when the future gets strapped to their wrists. On the other end of the spectrum, there are iPhone owners like my wife, who have little to no interest in it. There are some who share that interest level, but for some reason, have an intense hatred for a product they’ve never seen in person, let alone used. I’m guessing that most fall in the third category – intrigued by what is an entirely new way to interact with your apps, while being cautiously optimistic how this could result in real positive change in how we use technology. When the iPhone was announced in 2007, there were similar, polarized reactions. There’s is a big difference between the iPhone back then and the 2015 Apple Watch. With the iPhone, there was no mistaking the functionality. The now infamous quote from Steve Jobs at Macworld during the announcement still makes sense today. It was worth repeating. These were features that everyone understood. The iPod was super popular and cellphones were mainstream. The iPhone would replace those two devices with one. And for the small percentage of people using smartphones, this was also a device that could also provide a browser, email and other Internet functionality. The takeaway was clear and if it wasn’t, Jobs drove it home, repeatedly. The iPhone wasn’t creating a new experience, it was replacing others and doing it a thousand times better. Despite such a clear vision for the product, for some, its value was still lost upon them. This was well before smartphones became mainstream. Despite being years ahead of the competition, changing people’s perceptions of need and value, takes time. This was a time when flip phones and iPods ruled. The writing was on the wall. One device can replace them and it would do just that.

Fast forward eight years and seven iPhones later, the entire mobile landscape has changed, with smartphones seeing explosive growth. Apple is once again on the verge of releasing yet another disruptive technology. Apple’s CEO Tim Cook calls the Apple Watch,

“…the most personal device we have ever created.” Cook’s quote perfectly embodies the Apple Watch. But what about the iPhone? Isn’t that an extremely personal device. Yes and no. Even today, it’s core functionality remains the same. It’s a phone, an iPod and an Internet communicator. The hundreds of thousands of apps help create a personal experience, but at its core, the iPhone is a phone that makes calls and sends text messages. Outside of telling time, it would be difficult to pigeonhole the feature-set of the watch.

The selling proposition for the Apple Watch is much more difficult task, clearly evident by Cooks’ quote. You can’t paint its functionality with a broad brush. Perhaps that’s why we’ve seen such polarized reactions to it. Jobs quote from 2007 could apply to the Apple Watch, but it’s far too constraining. It can make calls, but I’d wager that some won’t ever use that feature, outside of the initial Dick Tracy novelty.

The Apple Watch will be be different things to different people and that’s ok. That’s what makes it such exciting technology. We’re breaking new ground in how we interact with our phones. They’ll continue to be the hub of information, pushing important bits to our wrists, accessible by simply raising them. We’ll also enjoy a new level of control, something that’s become increasingly important with the new larger iPhones. How you use Apple Watch is unique, personal and that’s its selling proposition. It’s impossible to fully process just how this will impact you or I. I for one am excited to see.