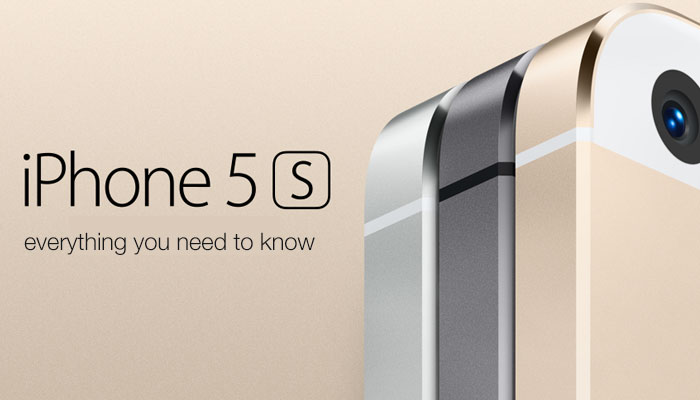 Apple’s iPhone 5s was announced on September 10th at a special event at Apple’s headquarters in Cupertino, California. Apple will not offer pre-orders on this model, but have confirmed a Friday, September 20th release date. It offers a vastly improved camera, a new 64-bit desktop class A7 chip with an M7 motion chip and Touch ID, a fingerprint scanner that is built into the home button. It ships with Apple’s iOS 7, the biggest change to iOS since 2007. Our extensive iPhone 5s review offers a look at all of the new features, with extensive comparisons of speed, image quality and more. The storage options and pricing are the same as with the previous generation.

These prices require a new 2-year contract agreement. In the U.S., the iPhone 5s will be available on AT&T, Verizon and Sprint.

Apple will offer the iPhone 5s unlocked starting on September 20th and will allow you to use it on any GSM carrier. Prices are as follows:

Unlocked iPhones can be used on T-Mobile. Their new programs are contract free, so they don’t offer a typical subsidized price, instead opting for a monthly installment plan. They have yet to provide details on pricing for the iPhone 5s. Apple currently lists T-Mobile as a carrier option under the unlocked iPhones. The retail price of the new model is consistent with the previous generation. We expect pricing from T-Mobile to remain the same. You can expect to pay a $145 up-front cost with a monthly fee of $21 for 24 months.

Watch these videos direct from Apple that highlight and provide context regarding the new features.

With purchase of a new iOS device, Apple will now offer Pages, Numbers, Keynote, iPhoto and iMovie for free.

Available as an option, Apple has designed a new leather case designed for this device. It comes in an assortment of colors, with a price of $39.

Will iPhone 5 cases work on the iPhone 5s?
Yes, provided the case does not cover the home button, which would be problematic for the Touch ID fingerprint scanner.
Is my fingerprint information stored in iCloud or on Apple’s servers?
No, Apple has confirmed that fingerprint data is stored on the device only.

If you need help with anything related to the iPhone 5s, our community of experts can offer you free help and advice. Membership is completely free. As a member, we remove all ads and you can take us on the go with the free Forums for iPhone app, available in the App Store.

These are popular discussions happening right now in our community.