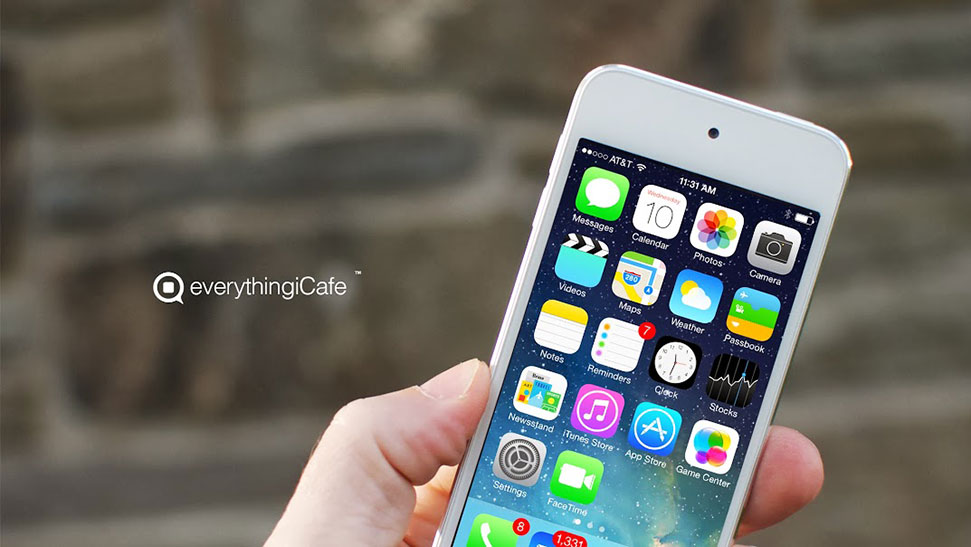 Announced at Apple’s Worldwide Developer Conference in San Francisco on June 10th, 2013, iOS 7 is the first real major update to Apple’s mobile operating system since the original iPhone. iOS 7 features stunning new interface with hundreds of new features. Apple has not set a specific release date, other than to say it’s coming this fall. Described by some as the most polarizing release in years, there is no denying that the future is bright for iPhone, iPad and iPod touch. It’s signifies a new direction for iOS. One that is tremendously exciting and new, while still allow users to find that level of familiarity with features they’ve come to love over the years. We’ve highlighted a number of resources available below, including some of our in-depth walkthroughs of the new features, along with how they compare to iOS 6. The future is almost here. Everything you need to know about iOS 7 Resources Have questions or need help? Stop by the forums, become a member and join the discussion.

There was plenty announced at WWDC 13′. Below is a video of the event that starts at the introduction of iOS 7. It’s certainly worth your time to watch the video. Jony Ive, who now holds the title Senior VP of Product Design, leads the team behind iOS 7. Ive has been known for his work on Apple hardware and in many circles has become a bit of a legend, even securing Knighthood in his home country of England. His resume of product design include the MacBook Pro, iMac and most importantly the design of the iPhone, iPad and iPod touch. Ive has a passion for product and software design that is unmatched. While I’d certainly encourage you to read our articles on the new features of iOS 7 and how they compare to iOS 6, this particular quote from the launch video speaks volumes about the direction Apple is taking with the operating system.

Design defines so much of our experience. Profound and enduring beauty in simplicity, in clarity, in efficiency. True simplicity is derived from so much more, than just the absence of clutter and ornamentation. It’s about bringing order to complexity. iOS 7 is clear representation of these goals. It has a whole new structure, that is coherent and its applied throughout the system. IOS 7 is a clear representation of these goals.

With each new software update, there are hundreds of new features. The design has been tweaked, but largely it has remained the same. In late 2012, Apple’s Scott Forstall was replaced by Ive. Forstall had led up the iOS project and was known to be supportive  of skeuomorphic design, where design attempts to imitate objects. When you read the quote above, it’s clear as to the direction Ive has taken. iOS 7 features a complete redesign of the icons. By implementing a grid system, it creates an underlying sense of consistency between elements that instantly work together. By refining the typeface, the update provides a fresh and modern look. Apple has chosen to use Helvetica Neue. Early beta releases had used the Light version of the typeface, but that has since changed to a bolder version of the font. This is a perfect example of how iOS 7 continues to progress during the beta stages. A big part of the redesign includes an entirely new palette of colors. Throughout you’ll find bright, vivid colors that pop. These might appear jarring at first, given the departure from what we’ve used in the past. Ultimately, the use of these colors helps create an environment that is without comparison, at least until we start seeing other companies borrowing their design philosophy. The release also creates a new experience of depth. Calling it 3D would be a disservice. It’s a subtle use of distinct layers that help to distinguish hierarchy and order. There are no heavy linen backgrounds. Translucency helps to provide a layered approach to the UI. You never feel as if you are in an entirely new screen, but rather a level.  Moving in and out of apps and throughout the new OS showcases the animation and motion that has never been seen in a mobile operating system. Just moving your iPhone, the parallax helps exhibit this new experience of depth. It’s a subtle, yet beautiful execution that really highlights your wallpaper choices.

Is my device eligible to for the iOS 7 upgrade?

The following devices are compatible with IOS 7.

When is the iOS 7 release date? Apple has not yet announced the release date. The window for release is fall of 2013. Fall starts on September 22nd, 2013. How can I get iOS 7 now? iOS 7 is available to developers only. To become a developer, you need to sign up at Apple’s Developer Portal. Developers pay a yearly fee of $99. As part of that fee, you are entitled to early access to new beta releases, developer forums and more. How much will the upgrade cost? It’s free, provided you have a compatible device. Please use our list of compatible devices below. How do I upgrade? When it is released, you can upgrade OTA (over the air) while connected to WiFi. You can also upgrade by connecting your iPhone, iPad or iPod touch to iTunes. Are apps compatible with iOS 7? Developers are working hard to make their apps compatible and will be releasing updates when the software is finalized. What is Golden Master and why does it matter? When software is proclaimed Golden Master, it means that it has been completed and ready to be shipped. Are there new features that have yet to be announced? Good question. In previous years, Apple has added new features that were not part of the original announcement. It is certainly possible that new features that would be tied to new hardware could be announced before the fall release. The iPhone 5S has been rumored to have a fingerprint scanner. New features could crop up in later versions. It should also be noted that the software is under NDA, so a number of features have not yet been announced. iOS 7 is completely new, yet instantly familiar. It’s everything you love about your iPhone, iPad or iPod touch, completely re-imagined. When it releases this fall, it will be like getting an entirely new device, at no additional cost.